Nowadays, software is a key component of many products and therefore an important factor for commercial success. Product users expect software to perform error-free at all times and to offer a variety of functions – in the B2B segment as well.

When it comes to product development, this means the installed software components have to be continually improvable and easy to update. This is the reason why modern software is largely developed using the DevOps approach, which makes it possible to implement such recurring updates efficiently.

DevOps is an approach that aims to improve collaboration between the previously separated areas of software development (Dev) and IT operations (Ops). It makes it possible to adapt products to customer demands more quickly and more effectively.

To compensate for these factors, the Fraunhofer Institute for Cognitive Systems IKS and Magazino GmbH are conducting the research project “RoboDevOps – Continuous development and safeguarding of autonomous, mobile robotic systems” to research new DevOps concepts and evaluate them based on specific scenarios. The project is being funded by the Bavarian Ministry of Economic Affairs, Regional Development and Energy.

Whereas other work in the DevOps area and existing technologies in other projects are limited to the creation and testing of pure software packages, the joint project by Fraunhofer IKS and Magazino GmbH focuses on integrated hardware and software in order to integrate adaptable robots in actual applications.

As such, the project concentrates on the following key points:

Germany already has a powerful robotics industry, which consists of both established companies in the industrial robotics and mobile robotics fields as well as a variety of startups and spin-offs from universities and research centers. All of these companies face the challenge of achieving the desired flexibility in the programming of robots while at the same time maintaining consistently high quality. As such, the country as a whole will benefit from the results of the research project “RoboDevOps – Continuous development and safeguarding of autonomous, mobile robotic systems”.

The project will also generate significant added value for manufacturers: Many of these companies are increasingly using AGVs (automated guide vehicles) in their intralogistic processes, such as the on-site transportation of boxes and pallets. Some of these companies – particularly those in the automotive industry and their suppliers – are establishing their own expertise for developing these autonomous transporters. As such, even these traditionally strong companies will benefit both from more robust and more mature mobile robotics systems as well as from improved software engineering products for their in-house development of robotic systems.

Automated guided vehicles (AGVs) — driverless transporters — are used to transport materials, among other things. Our video shows how they can be updated quickly and safely.

As part of this project, which began in October 2020 and will run through September 2022, Fraunhofer IKS and Magazino GmbH have already produced a white paper on the challenges and potential of DevOps for the development of cyber-physical systems. In this, the researchers answer questions such as how DevOps differs from traditional software development and how DevOps processes can be implemented in view of the challenges posed.

We will publish regular updates on new findings in the project on this page.

If you already have experience with DevOps at your company or are interested in the subject, we look forward to hearing from you.

Likewise, if you have any questions about the project, its research issues and its objectives, please do not hesitate to get in touch with the contacts listed here.

Download the white paper “DevOps for Developing Cyber-Physical Systems” and find out more about the challenges and solutions.

The project is being sponsored by the Bavarian Ministry of Economic Affairs, Regional Development and Energy (StMWi). 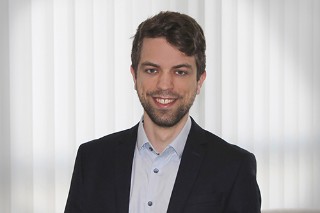